At Kimbrer Computer, you will find HP products at unbeatable prices. With us, you can save up to 80% compared to the original price and thus forego higher expenses, but not quality. Our refurbished products are used items, such as the HP 662064-L21 or the HP507798-B21, which we restore to a brand new level with our certified technicians.

The first personal computer was developed in 1977, and three years later HP announced the construction of the first in-house computer. The development of their own computers continued steadily and the company grew strongly in this sector, so that in 1995 they finally bought the US-American manufacturer Convex Computer, which manufactured Vector mini supercomputers. In 2002, however, an even more remarkable step followed when HP merged with Compaq, also a manufacturer of computers. HP was now considered one of the most important manufacturers on the entire market.

These steps resulted in HP becoming one of the most popular and largest manufacturers of laptops today. But the product range doesn't stop with HP laptops for home or business use. It also includes desktops, workstations, printers, monitors and printer accessories such as ink and toner. Additional accessories from HP such as mice and keyboards as well as gaming accessories are also available from the US company.

The HP laptops are divided into the following categories: Laptops for personal use and business laptops. In both classes, however, there are many exciting sub-categories that are interesting for customers with different skills and thus also different price ranges. The business laptops appear in the "Elite" category, which is aimed at company employees who travel a lot for business and therefore need a highly sophisticated technical companion. Creative people will be delighted with the “Z by HP”, which can be folded down and operated in tablet mode. Especially the color-intensive HP DreamColor display stands out with this article. The US company's “Pro” series is a series of classic laptops for everyday work and is popular in many companies.

HP has also recognized that gaming has become much more popular in recent years and has therefore been producing sophisticated, high-performance laptops for those interested in gaming. The “Omen” series includes various notebooks, all of which are equipped with powerful processors and incredibly high-quality graphics cards, in order to be at the side of gamers on their adventures.

With the purchase of such a remanufactured product, you not only protect your wallet, but also the environment. Existing products continue to be used so that no further resources have to be used. We also give you a 1-year guarantee on all of our products. You can only find HP products so cheap and yet so good at Kimbrer Computer!

If you have any questions to our products, please contact Jakob 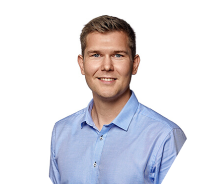